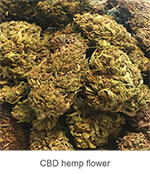 Since the Agricultural Improvement Act of 2018, the cultivation and production of industrial hemp in the United States has grown exponentially. The Farm Bill passed by Congress established a national policy for the widespread production and cultivation of industrial hemp, along with “the transfer of hemp-derived products across state lines for commercial or other [purposes]” (Hudak, 2018, para. 4). While industrial hemp, or Cannabis sativa L., is similar to the marijuana plant, industrial hemp typically contains less than 0.3% of delta-9-tetrahydrocannabinol, or THC. Cannabis plants that possess concentrations of THC that are greater than 0.3% are considered to be marijuana and do not qualify as industrial hemp, and therefore are not legally protected which is also stated and upheld in the 2018 Farm Bill (Hudak, 2018).

One way this biomass waste stream could be utilized and managed is through the production of biochar. Biochar is a soil amendment designed to reintroduce nutrients and microorganisms back into the soil to increase fertility, increase the soil’s water holding capacity, remove toxins from soils, and ultimately sequester carbon, which is an imperative action to be taken in order to combat the effects of climate change and mitigate the forthcoming unprecedented changes to our planet (Yu, Harper, Hoepfl and Domermuth, 2017). To date, there is no research that characterizes the potential of industrial hemp waste from cannabinoid extraction as a biochar feedstock or soil amendment, and there is very little research that characterizes industrial hemp stalks. Faculty and student researchers of the Nexus Project through the department of Sustainable Technology and the Built Environment at Appalachian State University are changing this narrative.One problem with this newly emerging industry, like many other forms of industry, is the amount of waste generated from mass production. To provide an example supporting this claim Lester Black, the author of “Washington’s Weed Industry Has a Million-Pound Waste Problem,” asserts that 1.7 million pounds of cannabis waste has been produced in the state of Washington just between the years of 2014 through 2017 (Black, 2017). As an effect of poor management, the author states that most of the industry’s waste, sadly ends up in landfills, which perpetuates the issue of greenhouse gas emissions; in this case, methane is produced from the decomposition of organic matter where oxygen is limited, this is known as anaerobic digestion (Black, 2017). For hemp farmers, most of their

biomass waste ends up rotting onsite which also contributes to greenhouse gas emissions primarily in the form of carbon dioxide.

Graduate student Aaron Bradshaw and Dr. Jeremy Ferrell are the primary researchers taking on the challenge and making an attempt to develop some of the first scientific documentation that characterizes industrial hemp flower waste and hemp stalk waste as biochar feedstocks. After seeing this waste stream as a potential resource for biochar production, they have started working with local hemp farmers and hemp processing businesses as a way to help manage this waste issue. They believe that this waste resource could not only be beneficial to the agricultural industry, but also the environment.

The biochar itself acts as a fertilizer once it is inoculated with the appropriate microorganisms and nutrients needed for plant development. The idea is that biochar can be a vehicle to create the desired soil conditions improving the health and longevity of both soils and plants. This causes a decreased dependence on fossil fuel based fertilizers, herbicides, and pesticides which provides a sustainable approach to agriculture. Additionally, once organic matter is converted into biochar through the process of pyrolysis, the hydrocarbon structures are broken down and rearranged to leave recalcitrant form of carbon. Simply put, this form of carbon is left behind, taking years to decompose and can act as a way to sequester carbon, preventing further emissions from entering our atmosphere. The purpose of Mr. Bradshaw and Dr. Ferrell’s study is to determine the potential hemp waste has as a biochar feedstock and soil amendment. In an effort to do so, their research is aimed at developing characterizations of industrial hemp waste as a biochar feedstock through these three metrics: CHN (carbon, hydrogen, and nitrogen) ratios, CEC (cation exchange capacity) and surface area.

Hudak, J. (2018, December 13). The Farm Bill, hemp legalization and the status of CBD: An explainer. Retrieved from https://www.brookings.edu/blog/fixgov/2018/12/14/the-farm-bill-hemp-and-cbd-explainer/ 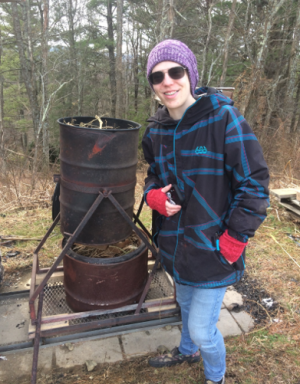 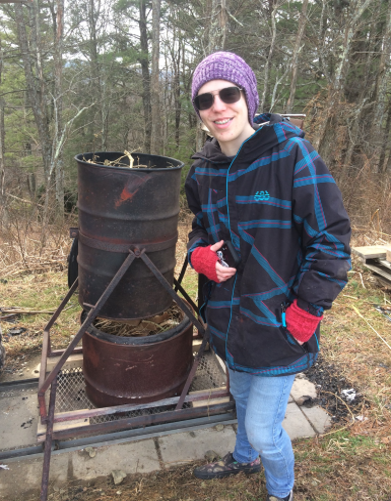